Trying to decide between Jet Alert and Adderall to help you focus? Before we get into our recommendations, the first thing we need to explain is that Adderall is a prescription drug. Buying or selling prescription stimulants without a prescription is illegal. That said, if you already have a prescription for Adderall, or think you may qualify for one, you may be wondering how it compares to Jet Alert.

As we’ll explain, Adderall and Jet Alert are two very different drugs, so a variety of individual factors will determine which one of these drugs is best for you. Read on to learn about Jet Alert vs Adderall, and how these drugs compare to alternative caffeine supplements.

Jet Alert vs Adderall: Which Is Right for You? 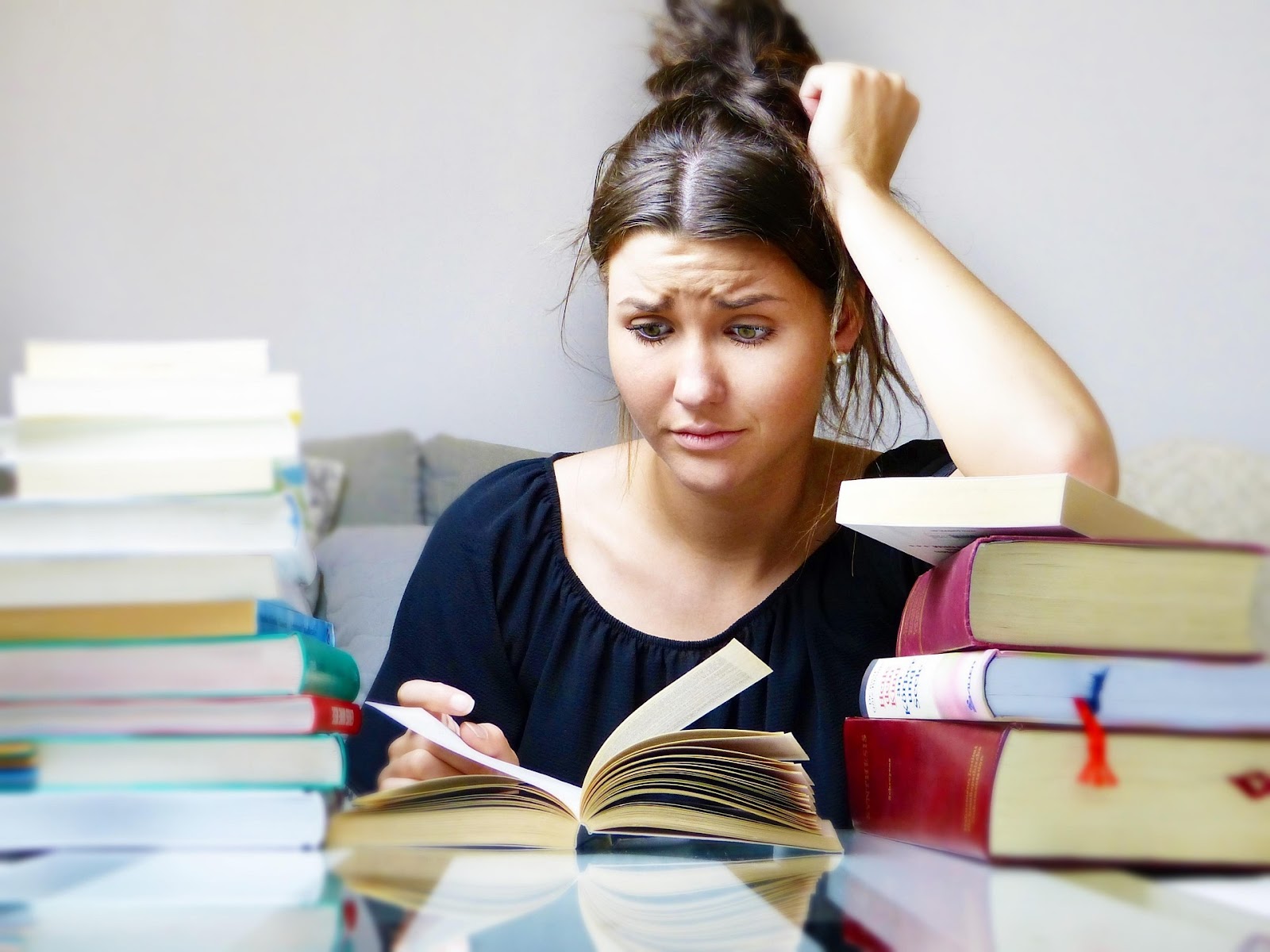 While Jet Alert and Adderall are different drugs, they do have some things in common. Both are central nervous system stimulants that can raise your blood pressure and heart rate. But they accomplish this through different means, and they each have their own pros and cons. In this section, we’ll explain more about how each drug works, and why they’re so different.

Jet Alert is a caffeine pill available over the counter, meaning you don’t need a prescription to buy it. Each pill has 100 mg of caffeine, which is a little more than one (8 oz.) cup of coffee. If you’re wondering how much caffeine is safe to consume, the Food and Drug Administration says not to exceed 400 mg in 24 hours, so you’ll want to make sure you don’t take more than four pills on any given day.

However, in our experience, you won’t feel like you just drank a cup of coffee when you take Jet Alert. Regular caffeine consumers may not feel much at all, in fact, and even those with a low tolerance to caffeine may only feel a mild energy boost at most. And like all pills, it takes a while to feel the effects of Jet Alert — upwards of half an hour. If you’re looking for a fast-acting caffeine supplement, you’re better off going with HELO Air caffeine vaporizers. (More on these later!)

On the plus side, Jet Alert won’t give you the kind of jitters you might have experienced with other forms of caffeine, like coffee. You also won’t feel a crash after the effects wear off. What’s more, the effects last longer than most other caffeine supplements.

In general, we recommend Jet Alert to anyone who wants to supplement the effects of their coffee or caffeinated beverage — just don’t expect it to replace your regular caffeine source. For more information, check out our Jet Alert review.

Adderall: Can Treat ADHD Symptoms but Has Many Side Effects 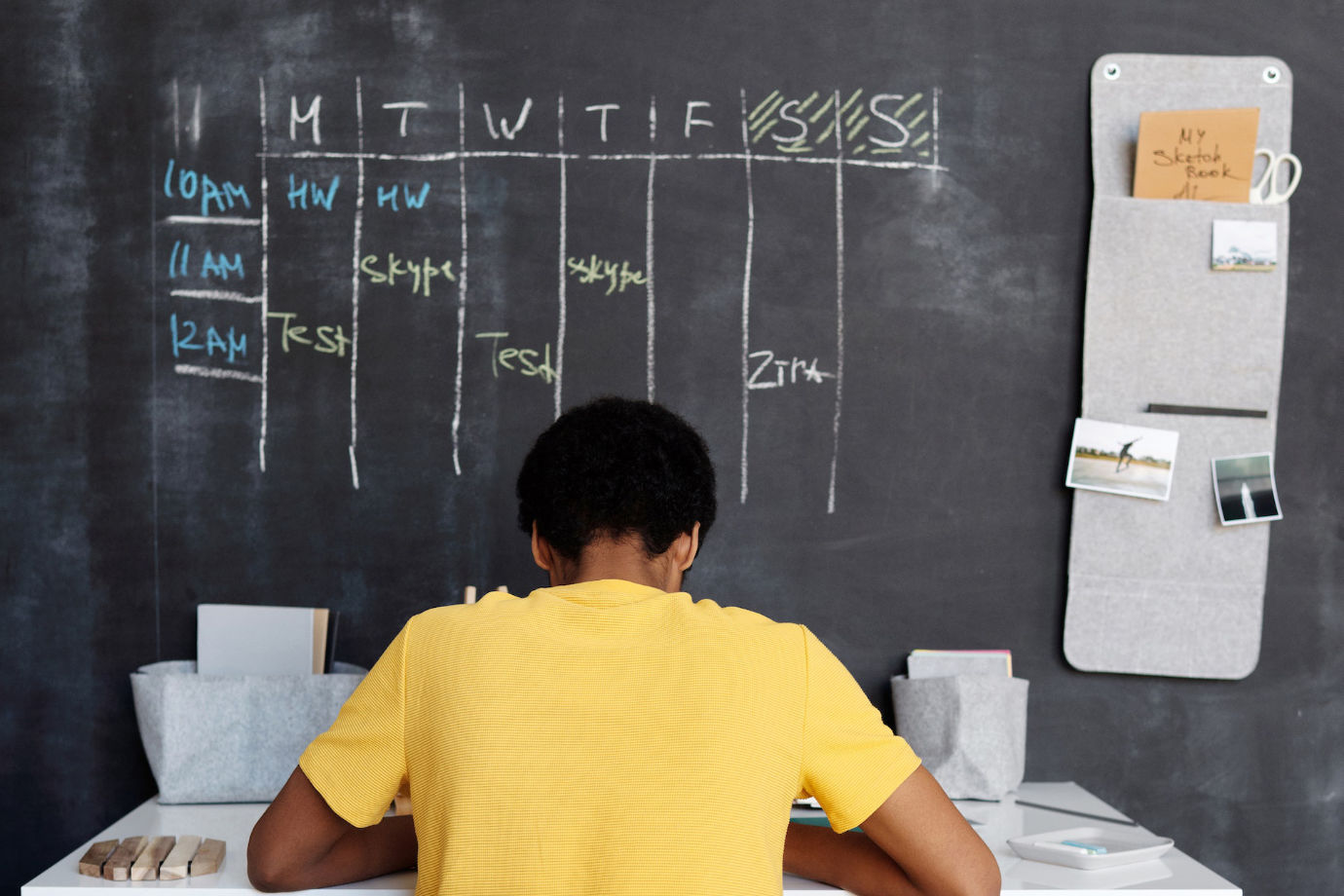 Adderall is only available via prescription, and it is usually prescribed to treat attention deficit hyperactivity disorder (ADHD). When taking the drug under a doctor’s supervision, some patients see an improvement in their ADHD symptoms and an increased ability to focus. But even when taken as prescribed, the ADHD medication can cause adverse side effects.

What’s more, a review from the journal Brain and Behavior questions the effectiveness of the drug for those who take it as prescribed. According to this review, which looked at clinical trials of college students using Adderall, there isn’t much difference in the grades or academic scores of students with ADHD who use Adderall and students with ADHD who don’t use it.

Some of the adverse side effects of Adderall include stomach pain, chest pain, decreased appetite, increased blood sugar, and blurred vision. Additionally, overdose of this drug can cause psychosis, seizures, or even be fatal. Your local poison control center should be contacted immediately if you suspect you or someone you know has overdosed on Adderall.

Taking this drug in the long-term can also have adverse effects on otherwise healthy adults, even when taking it as prescribed. Over time, Adderall inhibits your body’s production of dopamine, which has very detrimental effects on your brain function. When discontinued, it can also cause debilitating withdrawal symptoms.

All this is to say that Adderall can be an appropriate short-term treatment for some young adults who have an ADHD diagnosis and have been prescribed the drug. But it should be used with caution, and under the supervision of a doctor or healthcare provider.

Because these two drugs are so different, it can be difficult to compare them. Jet Alert is a mild caffeine pill you can purchase over the counter, while Adderall is a mix of amphetamines only available via prescription. While Adderall may be of benefit to some individuals with ADHD or related conditions, it shouldn’t be taken by those who don’t have a prescription.

For those who already have an ADHD diagnosis or a prescription for Adderall, you should always talk to your doctor or healthcare provider before making any major changes to your drug regimen. Discontinuing Adderall can cause withdrawal symptoms, so even if you want to stop taking it, make sure to do so only under the guidance of your doctor or healthcare provider. They’ll be able to advise you on whether or not to try Jet Alert or another caffeine supplement.

Meanwhile, for those who don’t have a prescription for Adderall, Jet Alert is your only viable option between these two drugs. But that doesn’t mean it’s your only option to help you focus! As we’ll explain next, there are many other alternative forms of caffeine supplements, and each has its own benefits for helping you focus.

Jet Alert vs Vivarin vs Other Caffeine Supplements 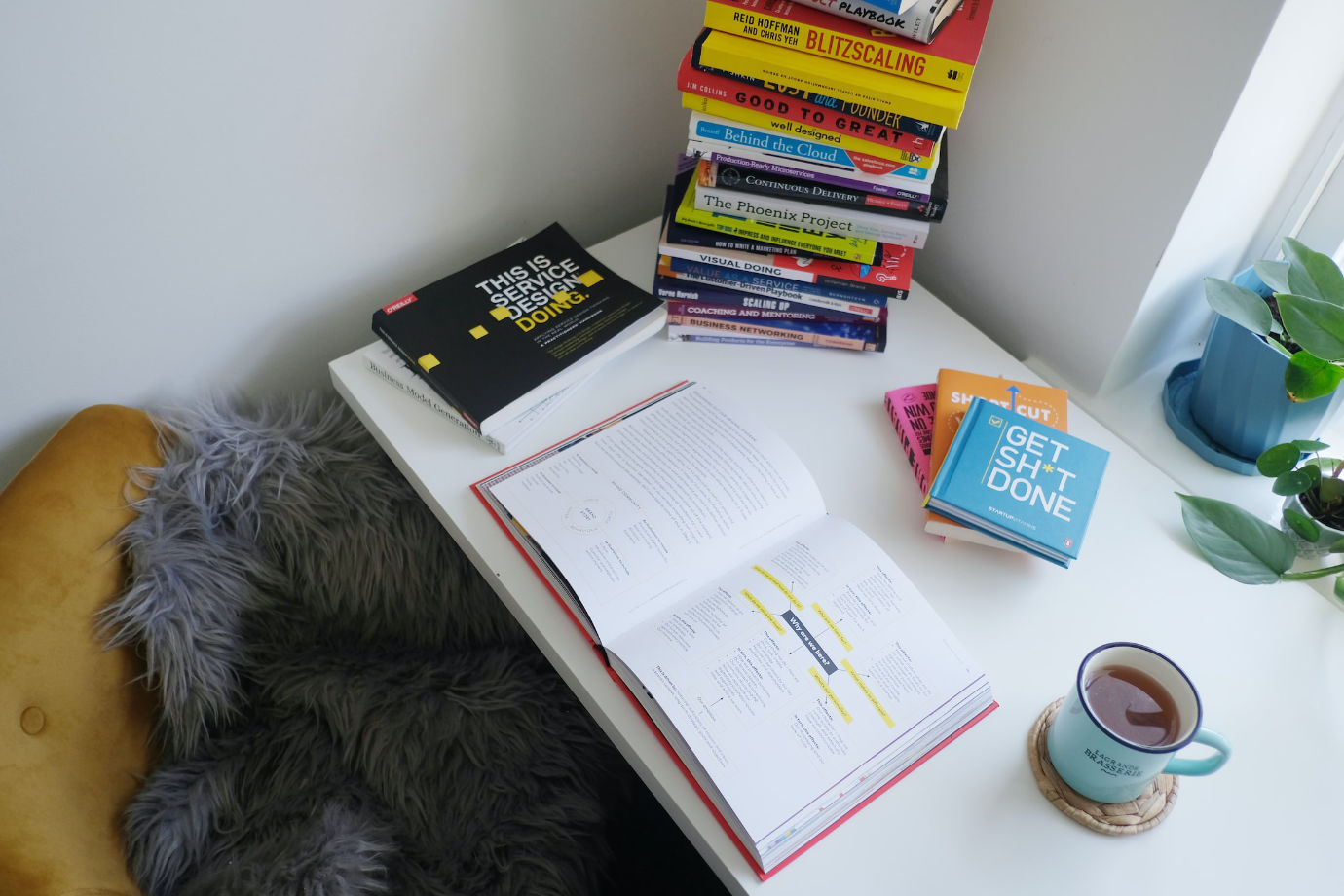 Those who don’t have a prescription for Adderall, and who otherwise aren’t eligible for one, may be thinking of trying Jet Alert instead. But before you make this decision, it’s worth considering other caffeine supplements that may work even better to keep you focused and help you study. In this section, we’ll compare all sorts of different caffeine supplements.

Caffeine pills are popular in part because they’re easy to use and carry with you. But as it turns out, they’re one of the least effective caffeine supplements. This is because pills need to be broken down by your stomach, a process that can take upwards of half an hour, before their contents can be digested.

During this time, some of the contents of the supplement are wasted. So not only do pills take a while to be absorbed, but they have poor bioavailability. In fact, according to an article from Medicare Europe, pills have an average of just 39% to 53% bioavailability.

This may be why caffeine pills like Jet Alert aren’t felt very strongly by those who take them, despite having a high dose of caffeine. The benefit of caffeine pills (apart from their convenience and easy transportability) is that they won’t give you many of the negative side effects of caffeine, like jitters. But that’s partly because you won’t feel strong effects at all.

When it comes to bioavailability and speed of absorption, liquids beat pills by a wide margin. The article from Medicare Europe says liquid supplements have an average of 98% bioavailability, which is much greater than the bioavailability of pills.

This makes sense: Liquids still have to pass through your digestive system, but unlike pills, they don’t need to be broken down. They’re ready to be absorbed as-is. Because of this, they also work much faster than pills. According to Medicare Europe, liquid supplements can be absorbed in just 1-4 minutes under ideal conditions, though you probably won’t feel their effects quite that quickly.

This explains why drinking a cup of coffee, which actually has a little less caffeine than the amount in a Jet Alert pill, quickly causes much more noticeable effects. You can often feel the effects of coffee or other caffeinated beverages in 15-20 minutes. But they’re still not the fastest-acting caffeine supplements.

Caffeine Vapes Work Super Fast and May Have the Best Bioavailability

If you came here looking for a caffeine supplement that works super fast, your best option by far is HELO Air caffeine vapes. These products are relatively new to the market, so scientific research is a bit behind in establishing their effects. But we have plenty of anecdotal evidence so far to suggest that they work significantly faster than any other type of caffeine supplement. HELO Air customers often report feeling their effects within 10-15 minutes.

In fact, while one dose is technically ten puffs, many customers report that they only need to take two or three puffs in order to feel the effects. That’s even true of people accustomed to drinking multiple cups of coffee or high-caffeine energy drinks. If our vaporizers have similar effects to products with much higher doses of caffeine, we can safely say they have better bioavailability than other products.

This makes sense: While pills and liquids need to pass through your digestive system, HELO Air bypasses it altogether. Caffeine gets into your bloodstream directly from your lungs without involving your G.I. tract at all. You’ll feel the effects very quickly, but you won’t get the jitters or crash that you might experience with products that contain a lot more caffeine. 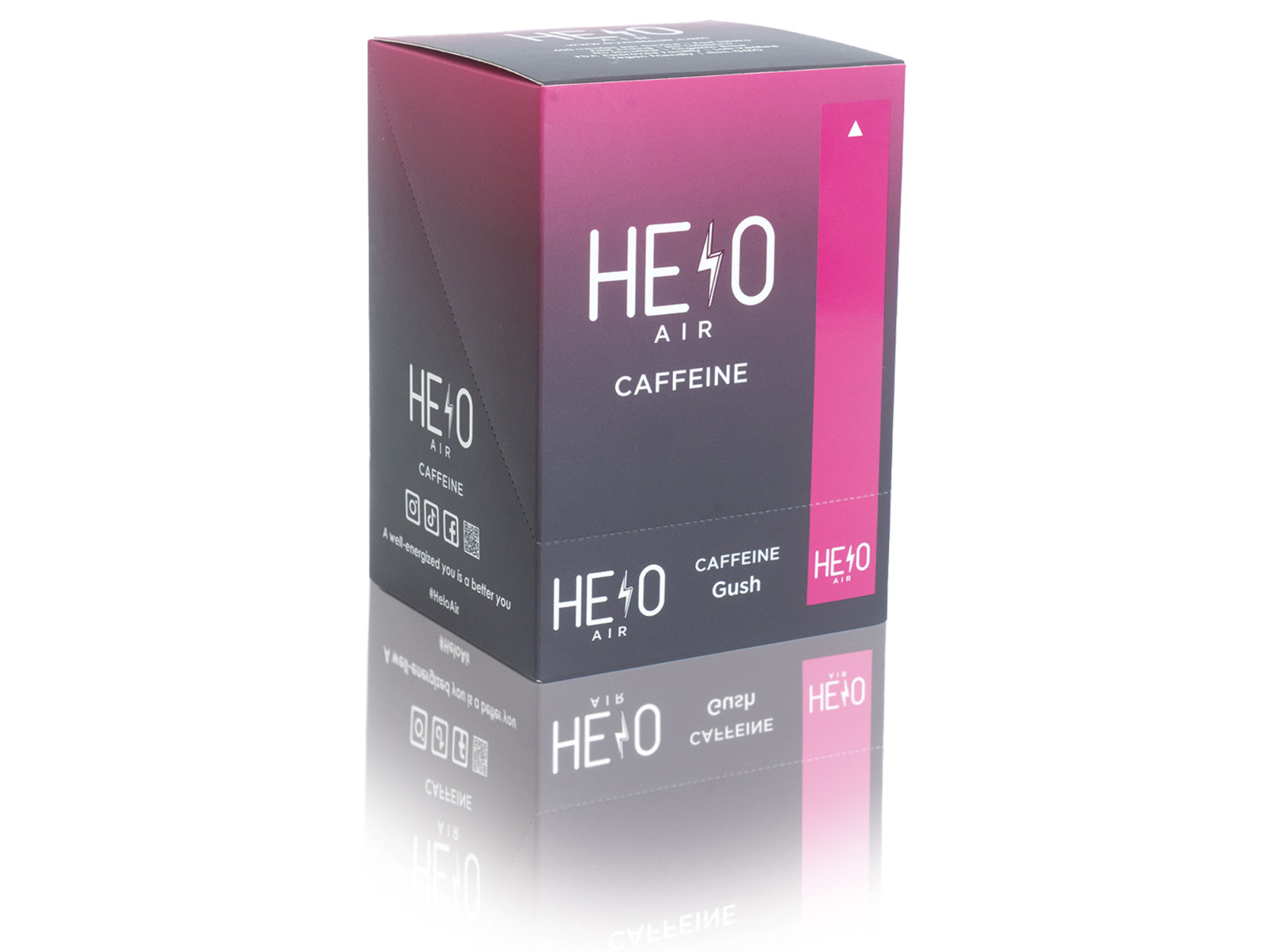 As we’ve seen, the only people who should be taking Adderall are those who have a prescription and use the drug under a doctor’s supervision. Meanwhile, Jet Alert may be a good option for those who already consume caffeine and would like to supplement their energy boost without feeling jittery. If you really want to try Adderall instead, talk to your doctor to see if you could qualify for a prescription.

But for those who want the fastest-acting energy boost, there’s another option that’s better than either Adderall or Jet Alert: HELO Air, the caffeine vaporizers from MELO Labs. Some people like to use HELO Air to supplement their caffeinated beverages in order to get an extra boost of energy, but you’ll feel the effects of HELO Air even if it’s the only caffeine supplement you use.

In fact, many of our customers say HELO Air was able to completely replace an expensive energy drink or coffee habit, and some even say it has helped them quit smoking or using nicotine vapes. It comes in 12 great flavors, 8 in the regular size and 4 in the plus size (which has twice the capacity of the regular size).

While there are many legitimate concerns when it comes to vaping, you can rest assured that we’ve worked hard to make our vapes as safe as possible, safer than any others you’ll find on the market. They don’t contain nicotine, vitamin E acetate, propylene glycol, nor any ingredients known to be harmful when inhaled. HELO Air has just three wholesome ingredients: caffeine, organic vegetable glycerin, and natural flavors.

As with Jet Alert and other caffeine pills, another advantage of our vaporizers is that they are compact and portable, making them easy to carry with you throughout the day. Try HELO Air today to see how fast-acting and convenient caffeine supplements really can be.