If you’re considering whether or not to purchase the popular caffeine pill Jet Alert, you might find it helpful to hear from people who’ve tried it. So we tried it! In this article, we’ll tell you about our experience with Jet Alert and how it compares to other caffeine supplements.

Jet Alert Review at a Glance

If you came here for a quick summary, here it is: Overall, Jet Alert doesn’t cause jitters or a crash, and its effects last a while, but the main drawback is that it’s surprisingly weak. Each pill has 100 mg of caffeine, but it feels like much less than that.

It may be a good option for those who want a mild boost of energy for a few hours, but don’t expect it to behave the same way as a caffeinated beverage. It also takes a little while for the effects to kick in. This is probably because pills take longer to be absorbed than other supplements, and they don’t have the best bioavailability.

If you want a faster-acting caffeine supplement, caffeine vapes like the ones from HELO Air are a much better option. Like Jet Alert, they won’t give you jitters or a crash, but the important difference is that you’ll feel the effects almost right away, within 10-15 minutes. (More on caffeine vapes later.)

Notes On Our Testing Process

For the sake of full transparency, here’s how we tested the supplement. We had three different people try it: Two are very sensitive to caffeine and hardly ever consume it, and one is a regular caffeine user who usually has two cups of coffee per day. The regular coffee drinker took the supplement on two different days — once before his coffee, and once after. The other two just took it once.

All three of us tried our best to go about our day as usual after taking the supplement, meaning we followed our normal routines and didn’t do anything out of the ordinary that could have affected the outcome. 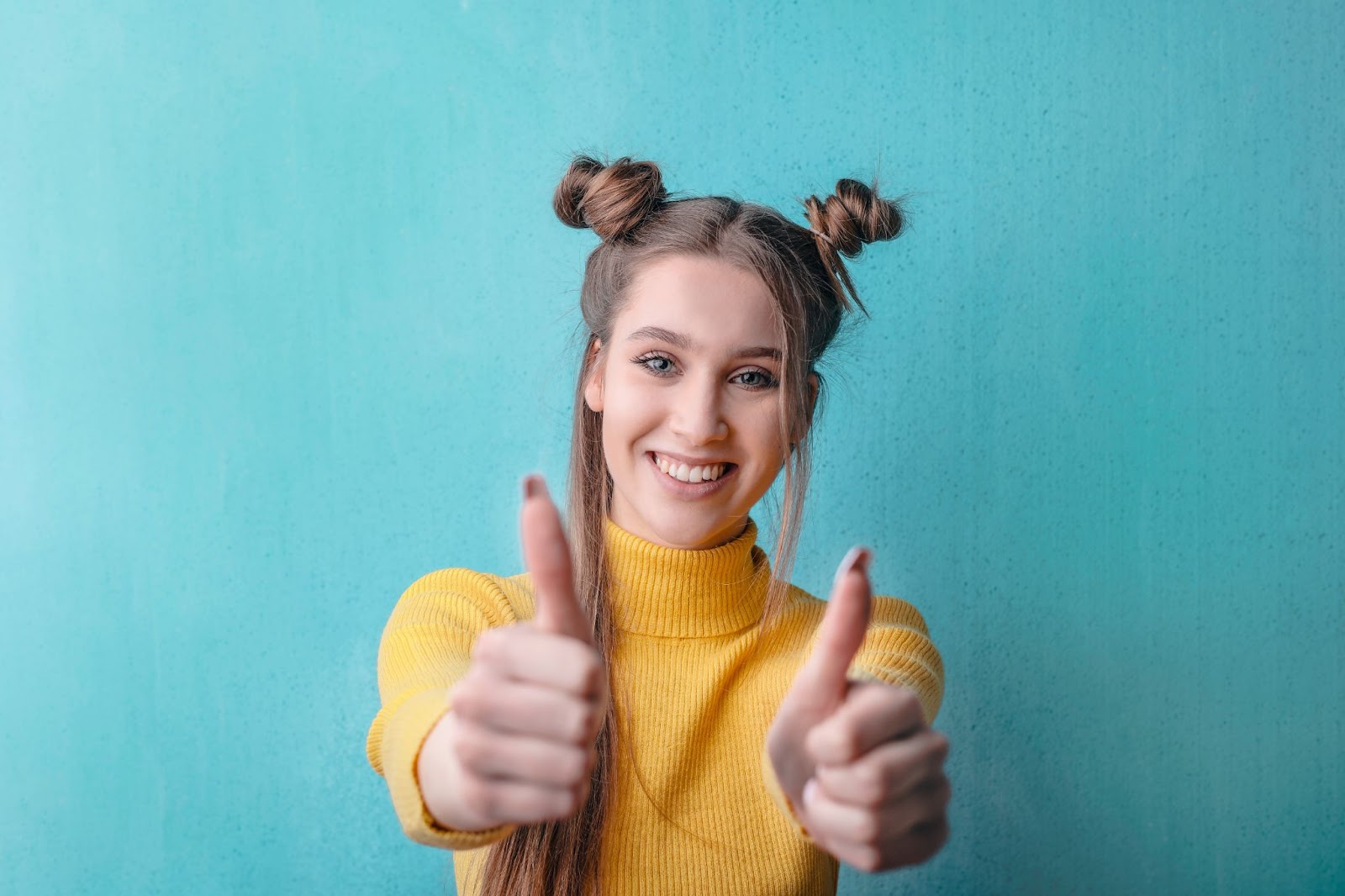 In this section, we’ll tell you what we liked about Jet Alert, i.e. the pros. (We’ll cover the cons in the next section.)

As the box advertises, these pills are indeed “Easy t’ Take.” Each pill is quite small, and you may not even need a beverage to help you swallow it. The box claims each pill contains 100 mg of caffeine, and there are 120 pills per box — so taking one of these pills is a quick and easy way of getting a big dose of caffeine.

Note that 100 mg is a little more than the amount of caffeine in a typical 8 oz. cup of coffee, but taking a pill is much easier than drinking a whole cup of coffee.

The Effects Are Long-lasting

While we all agreed the effects of Jet Alert were fairly mild, we found that they lasted a long time. Some of us felt the effects for up to 4 or 5 hours. The supplement takes a little while to kick in, but you may gradually feel the effects build for a while after you take it. It seems to last longer than a cup of coffee, and the effects wear off gradually too.

The extended-release of the caffeine is definitely a bonus for those who want to stay caffeinated for a long time — just don’t expect to feel it right away.

Another advantage of taking Jet Alert is that we didn’t find it caused jitters the way some caffeine supplements do. This is particularly noteworthy given that a few of us who tried this supplement are very sensitive to caffeine. Despite the high caffeine content, we didn’t experience the same kind of jitters we would get from, say, a cup or two of coffee.

Relatedly, we also didn’t experience a crash after the effects wore off. Some caffeine supplements are notorious for giving you jitters followed by a crash, but the effects of this supplement were slow-acting enough that this didn’t happen. Instead, we just felt mildly energized, and one person said he felt a little more focused than usual. 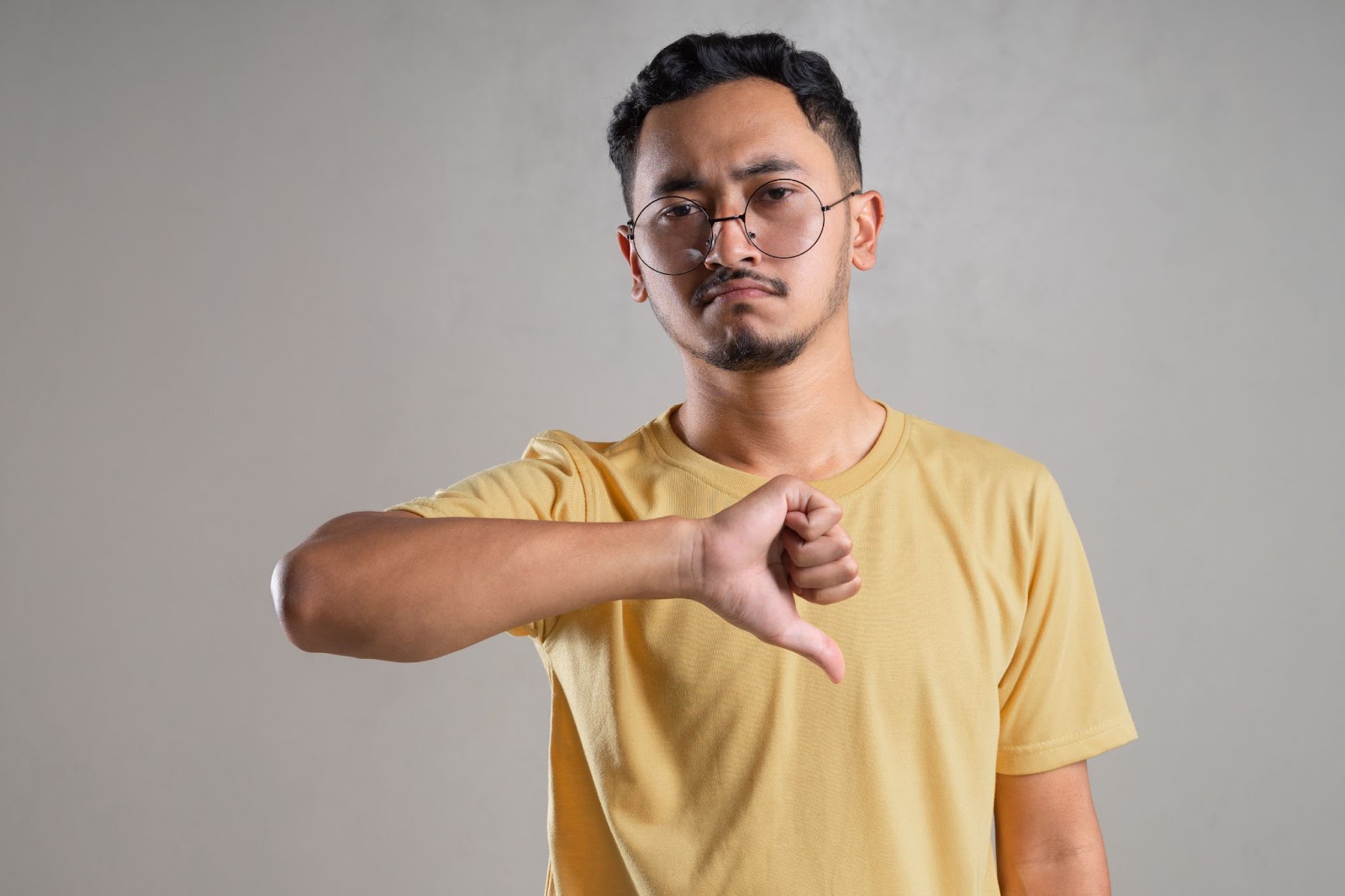 Here, we’ll tell you what we didn’t like about taking Jet Alert and why you might want to be cautious of this supplement.

The Effects of Jet Alert Are Fairly Weak

Given that each pill has 100 mg of caffeine, we were surprised to notice that the effects just weren’t that strong. Two of us who took this pill hardly ever consume caffeine and know from experience that we’d feel super wired from an energy drink with 100 mg of caffeine — yet even at its peak, Jet Alert didn’t make us feel all that energized.

Meanwhile, the regular coffee drinker of the group tried Jet Alert after two cups of coffee and mostly felt the effects of the coffee last longer, but he didn’t feel like it was the equivalent of another cup of coffee. He also tried it on another day before his coffee, and he said the effects were amplified after having half a cup of coffee.

With this in mind, it’s possible Jet Alert may work best when you take it alongside another source of caffeine. It may make the effects of your caffeinated beverages feel stronger and last longer, but when taken all by itself, its effects are surprisingly mild.

Jet Alert Takes a While to Kick In

When we tried Jet Alert, we didn’t feel any effects for the first 30-45 minutes after taking it. When it did start to kick in, the onset of effects was very gradual. This isn’t necessarily a con if you want something that’ll last a while, but the main issue here is that you just won’t know how it affects you for a little while.

This can also create additional problems for those who have a high caffeine tolerance: If you’re wondering whether or not to take a second pill, you may have to wait upwards of an hour or two before making that decision. But when trying it for the first time, we don’t recommend doing this. Wait at least several hours to see how it affects you before taking another pill. (You may also be interested in Jet Alert Double Strength if you know your tolerance is high.)

We Experienced Some Unpleasant Side Effects

While Jet Alert didn’t seem to cause jitters or a crash, a few of us noticed some unpleasant side effects when we tried it. One of us mostly just experienced a headache and a general sense of dehydration that lasted a while. (And this wasn’t the result of actually being dehydrated — she’d consumed a whole liter of water before trying this pill.)

Some of us also noticed that we felt extra hungry for most of the day. This wasn’t a major problem, but under different circumstances, it might have caused us to make some poor decisions about what to eat, and how much.

Another person said he noticed he was stumbling over words a lot more than usual during his work meetings throughout the day. He wasn’t positive this was a result of Jet Alert, but he did imagine it was similar to the effect of jitters that caffeine usually causes him, just a less noticeable version of it.

How Jet Alert Compares to Other Caffeine Supplements 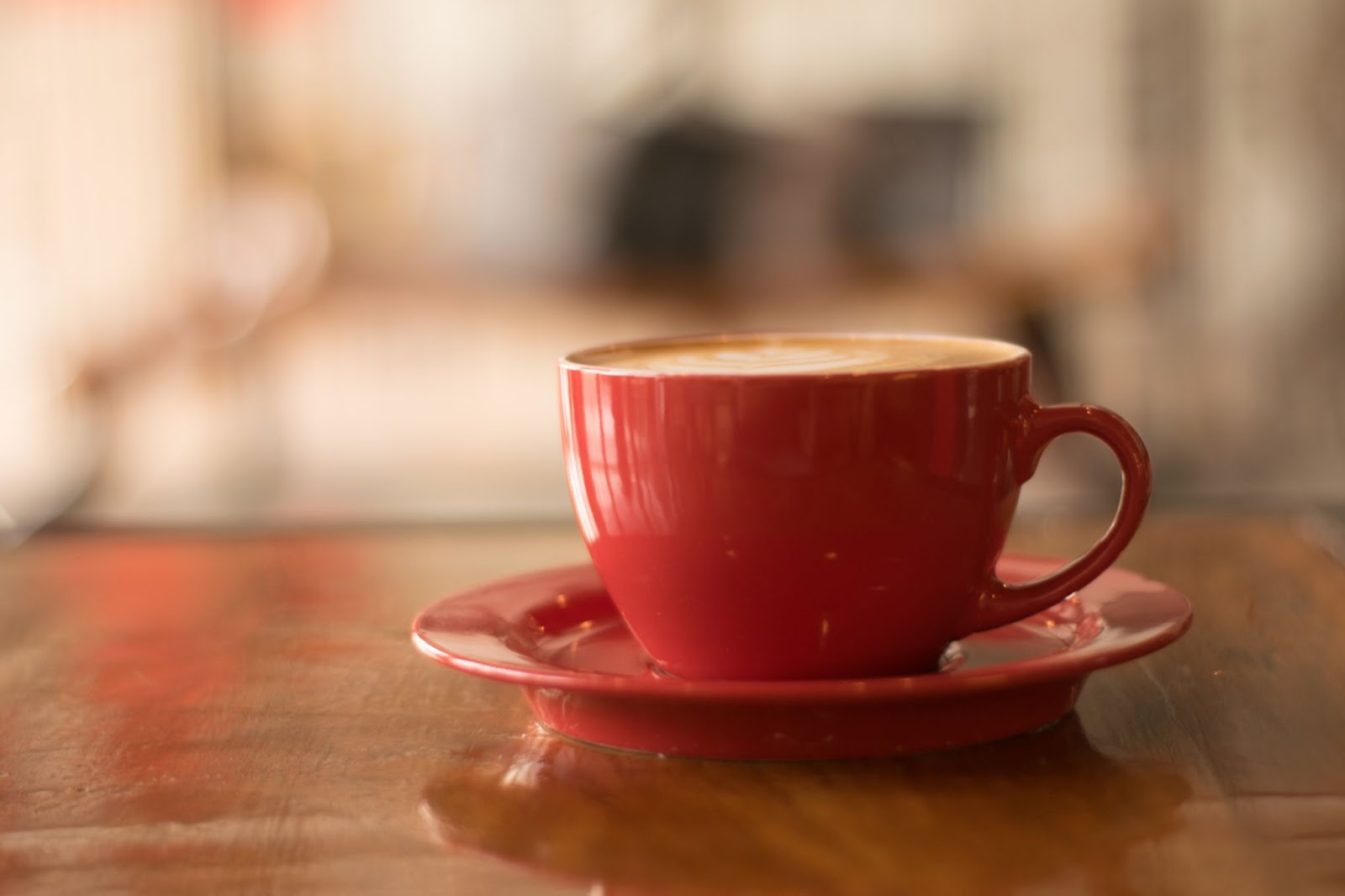 Pills Have Poor Bioavailability and Take a Long Time to Work

The truth is that pills are actually one of the least effective ways of taking supplements. While they do have convenience in their favor, an article from Medicare Europe says pills have an average of only 39% to 53% bioavailability — meaning half the content of the pill or more may be wasted. Moreover, your stomach has to break down the pill before its contents can begin to be absorbed, and that process alone can take upwards of half an hour.

This is consistent with what we experienced when we tried Jet Alert. It was slow-acting, and it’s likely that we didn’t actually absorb the whole 100 mg of caffeine the supplement apparently contains, given that the effects were very mild. Surprisingly, we experienced milder effects when we reviewed Vivarin, another caffeine pill with 200 mg of caffeine. So, caffeine pills are not the best choice for speed or bioavailability.

Liquids Have Better Bioavailability and Work Faster Than Pills

Meanwhile, liquids appear far more effective than pills. According to the article from Medicare Europe, liquids have an average of 98% bioavailability and take as little as 1-4 minutes to be absorbed (though it’ll take a little longer for you to feel the effects).

This is probably why drinking coffee, which doesn’t even contain as much caffeine as one Jet Alert pill, has much stronger and faster-acting effects than what we experienced with Jet Alert.

Vaporizers May Have the Best Bioavailability and Work Super Fast

People who try caffeine vaporizers very often report that they feel the effects extremely quickly and need very little caffeine compared to the amount they’d get from other sources. Check out some of our vaporizer reviews to learn more. 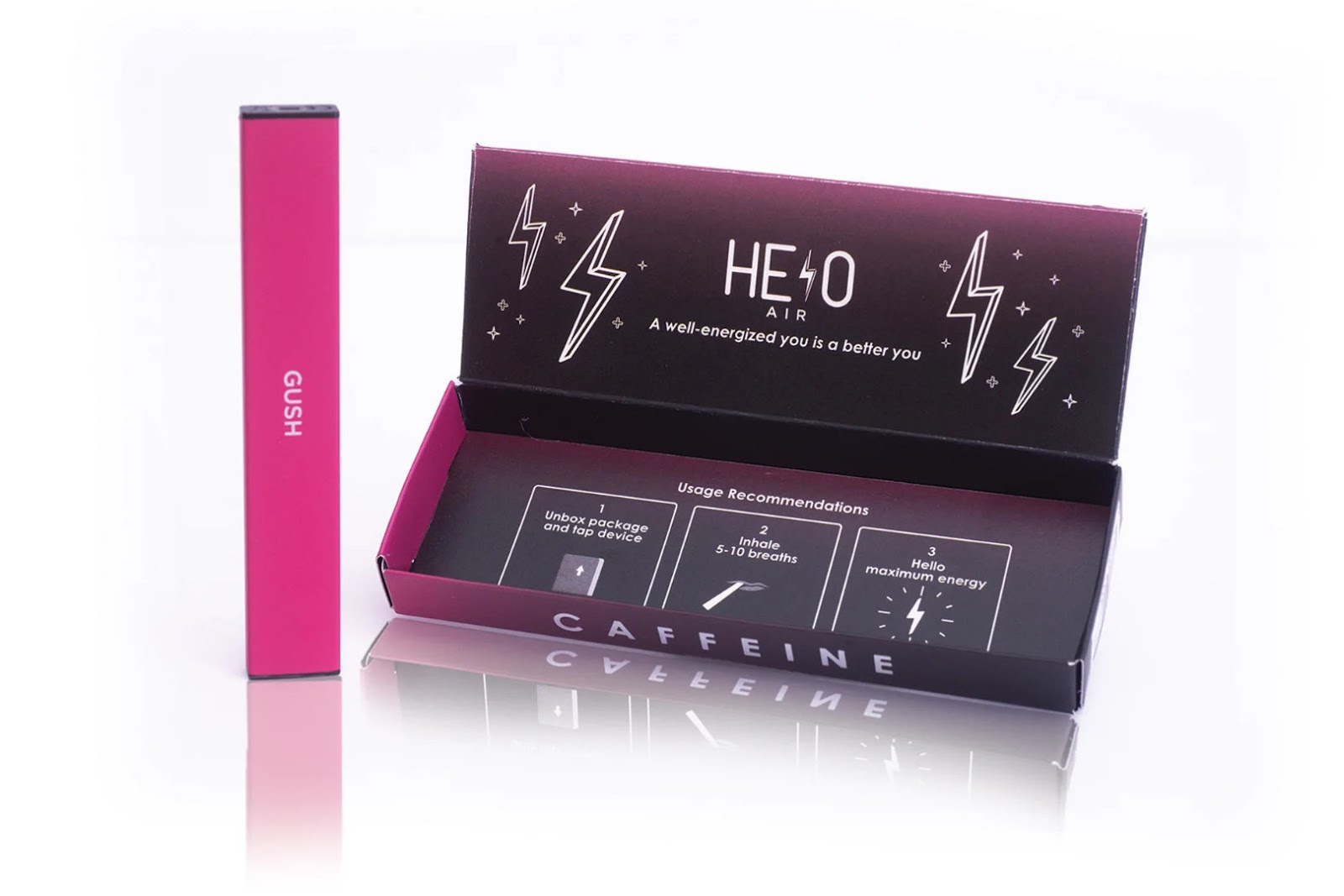 To recap, Jet Alert doesn’t cause jitters or a crash, and its extended-release allows you to feel the effects for hours — but it just isn’t that strong. Unless you take it alongside a caffeinated beverage, you may barely notice it. And it takes a long time to kick in. If you want a fast-acting caffeine supplement, try a caffeine vaporizer.

And if you want a faster jolt of caffeine, there’s no better choice than HELO Air vaporizers. Customers feel the effects within just 10-15 minutes, and they’re amazed how little they need. Coffee and energy drink aficionados who are accustomed to consuming large amounts of caffeine need only a tiny fraction of their normal amount when they take HELO Air.

But the real reason our caffeine vaporizers are the best is the short and wholesome list of ingredients: caffeine, organic vegetable glycerin, and natural flavors. That’s it! No propylene glycol, no vitamin E acetate, no nicotine — nothing known to cause lung damage.

Customers also love all our awesome flavors, everything from Pink Lemonade to Gush (which tastes like Starburst). You have 12 to choose from, 8 in the regular size and 4 in the plus size (which has twice the capacity of the regular size), so you’re sure to find one or two you love. Try HELO Air today to see how quickly and effectively caffeine can work in vaporizer form.