Thinking of trying Vivarin, the popular caffeine pill, to help you stay awake? Well, we have good news for you: We tried it ourselves, so we can tell you what it’s like! 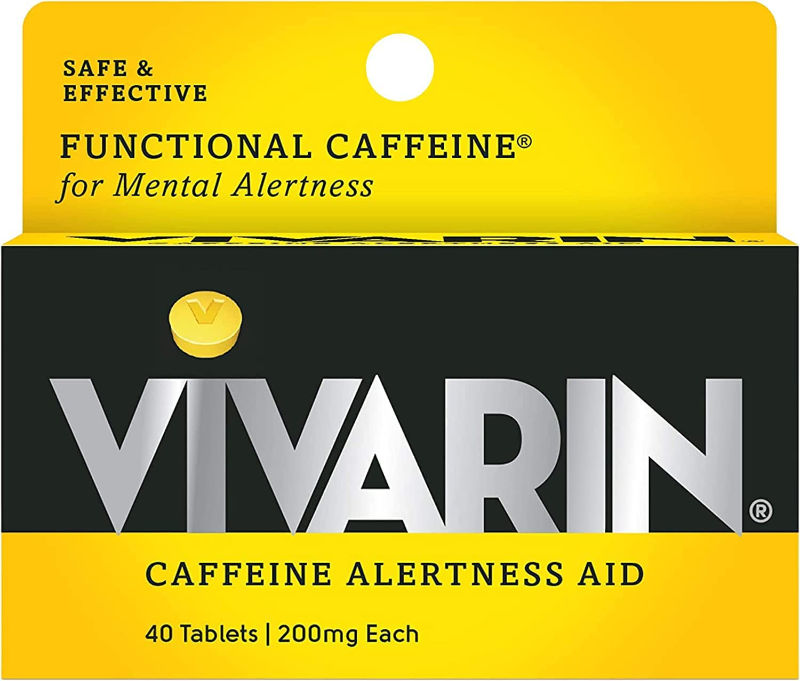 If you don’t have time to read the whole article, here’s what we thought in a nutshell: Vivarin is surprisingly weak. Each pill technically has 200mg of caffeine, but it doesn’t feel anything like drinking a beverage with that much caffeine. Its effect wasn’t even as strong as Jet Alert, a caffeine pill with only 100 mg of caffeine.

The good news is that we didn’t experience any jitters or a crash when it wore off, and the mild effects continue for several hours, so it does provide a steady, long-lasting energy boost — just not a strong one. It also takes a little while for the effects to kick in, so don’t expect immediate results.

Speaking of which, if you’re looking for a fast-acting caffeine supplement, there’s no better choice than caffeine vaporizers like HELO Air. You won’t experience jitters or a crash with these either, but unlike Vivarin, you’ll feel the effects almost right away — within 10-15 minutes. More on these later.

How We Tested Vivarin 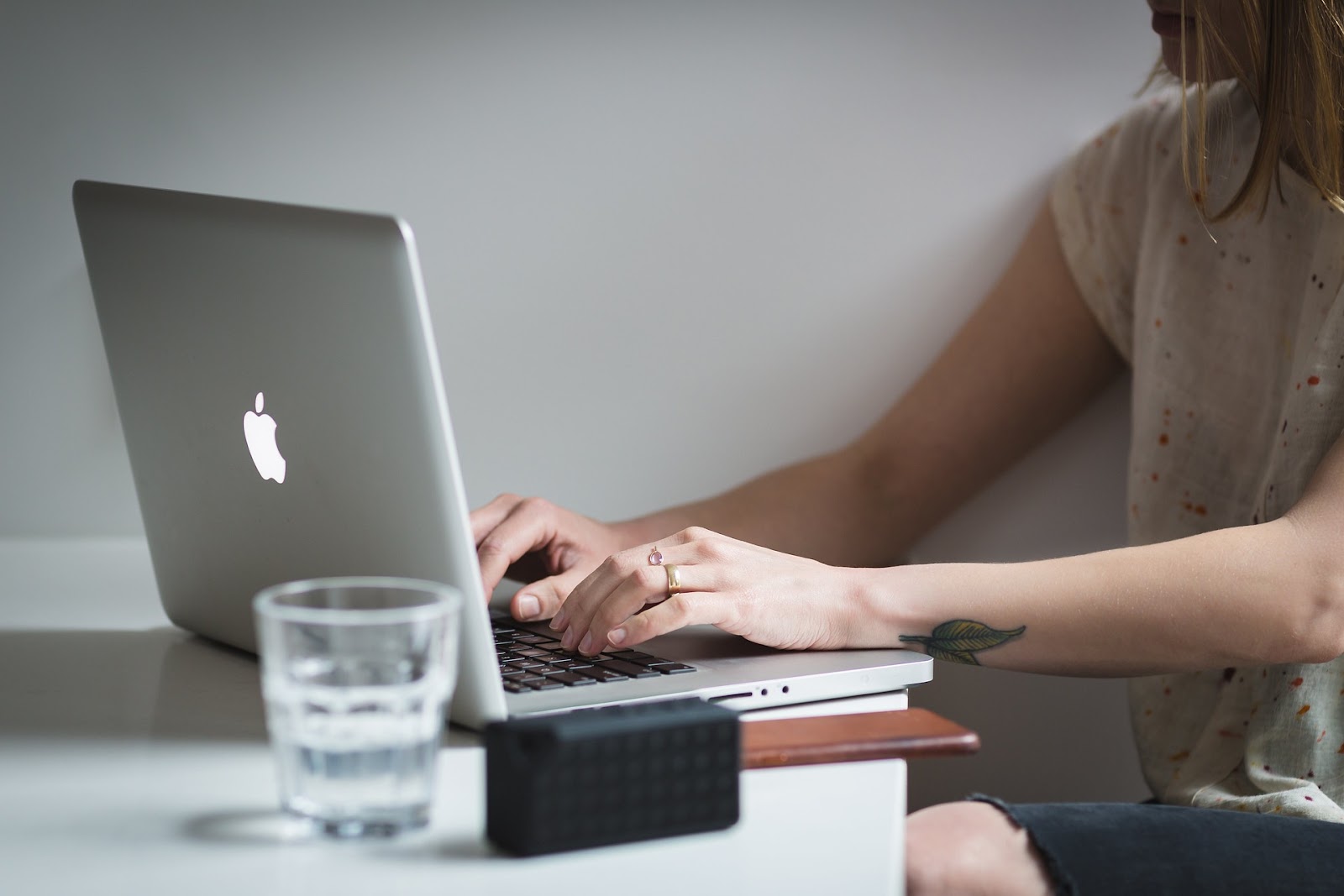 Before we dive into our full review, we want to let you know how we tested this supplement.

A total of three of us took it. Two of the testers are very sensitive to caffeine and hardly ever consume it. The third tester regularly drinks two cups of coffee per day and has a significantly higher tolerance.

The regular coffee drinker of the group took it on two separate days, once before his coffee and once after, and he actually took two Vivarin pills the second time. The other two took just one tablet, and only tried it once.

All three of us tried to go about our day as usual after taking the supplement. In other words, we didn’t do anything out of the ordinary that might have affected our energy levels and confused the results of our test. 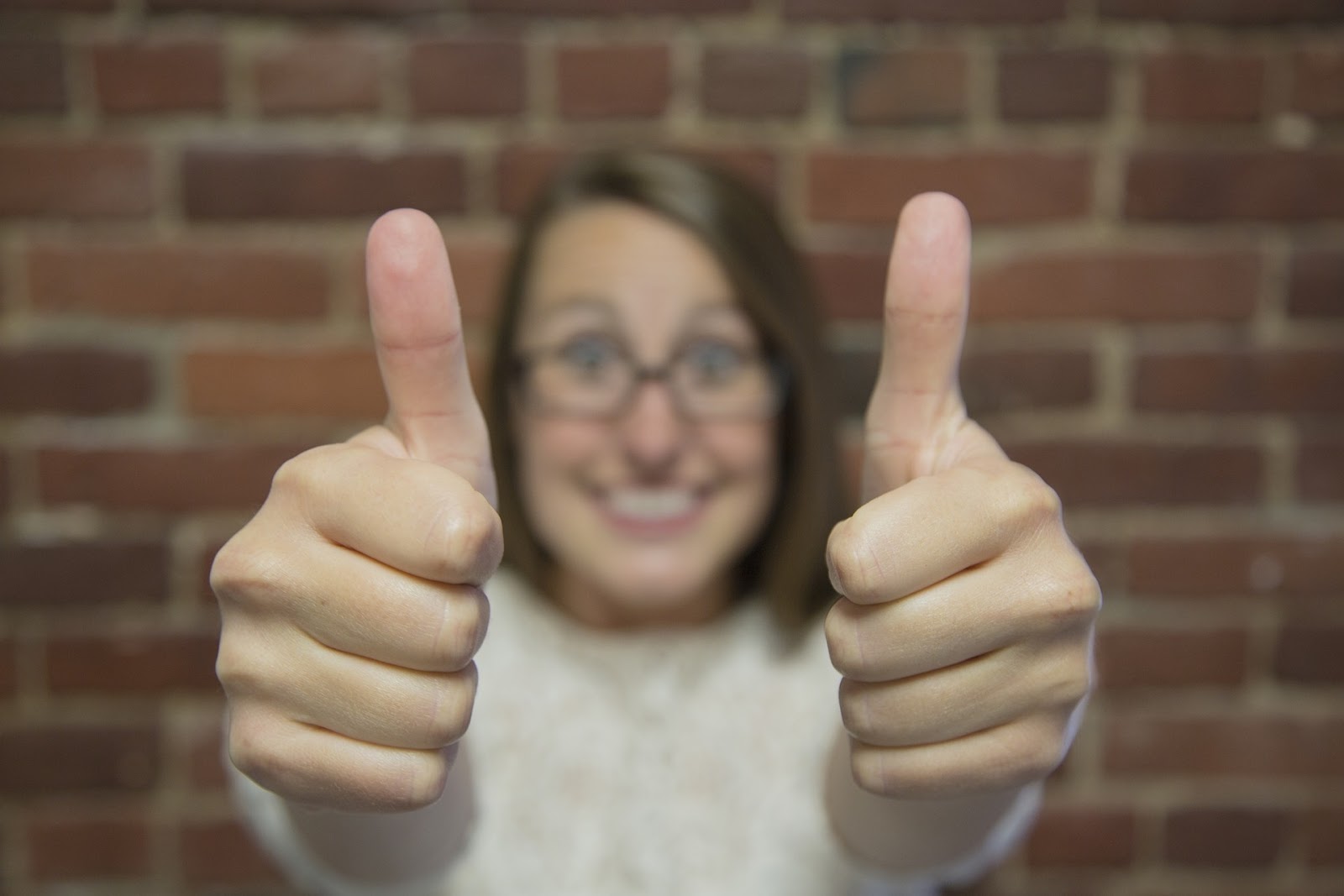 In this section, we’ll tell you what we liked about Vivarin, i.e. the pros. We’ll cover the cons in the next section.

Vivarin Doesn’t Cause Jitters or a Crash

Those who consume coffee and energy drinks will be very familiar with that jittery feeling that sometimes accompanies caffeine consumption, and the subsequent crash and low energy that sets in when the caffeine wears off. The good news is that none of us who tried Vivarin experienced anything like this.

This is particularly noteworthy given that two of us almost never consume caffeine. So, even people with a low tolerance most likely won’t feel anything like jitters or a crash when taking Vivarin. One of us reported he felt a mild increase in mental alertness, and the two others noticed a small boost in energy, but nothing terrible happened when these effects wore off.

Another important difference between Vivarin and other caffeine supplements is that its effects last a while, longer than the effects of a cup of coffee. All three of us were still feeling the effects even several hours after taking the pill.

Lastly, just like all caffeine pills, taking Vivarin is generally much more convenient than consuming a caffeinated beverage. It’s much easier to carry pills around with you than to carry a bunch of bottles or thermoses. 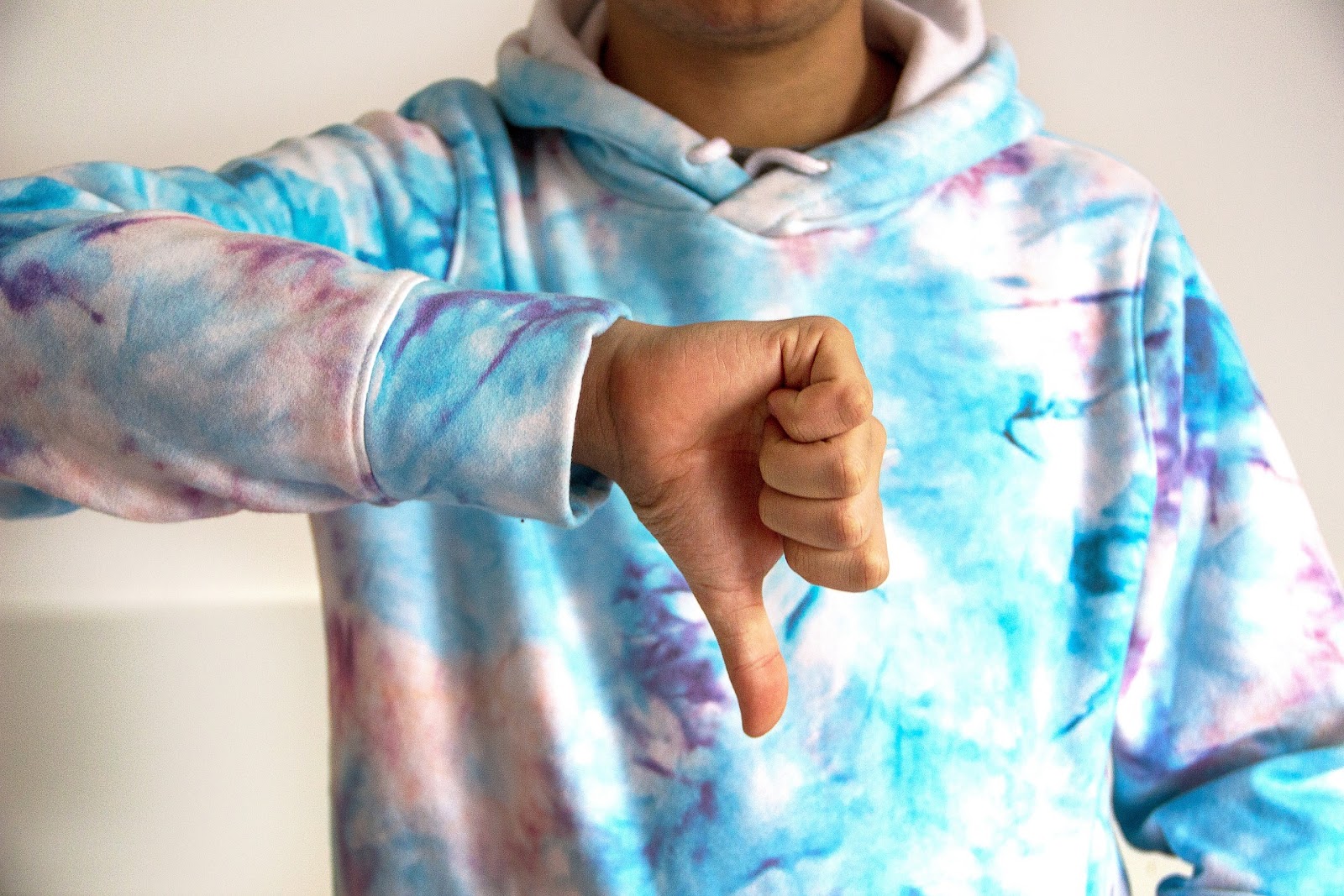 Unfortunately, we all agreed that Vivarin had more cons than pros. That said, we realize people have different preferences, so we still think Vivarin may be a good choice for some people as long as they aren’t too bothered by anything on this list.

The Effects of Vivarin Are Extremely Weak

Each Vivarin pill has 200 mg of caffeine, which is more than the amount you’d get from two cups of coffee. With this amount of caffeine, you’d expect to feel a substantial energy boost. Unfortunately, none of us did, not even the two of us who are sensitive to caffeine. In fact, we barely felt anything at all.

All three testers did notice a mild energy boost, but it was nothing like two cups of coffee, or even one cup of coffee. Even worse, two of us (the coffee drinker and one of the non-coffee drinkers) also noticed a mild headache.

You Won’t Feel the Effects Right Away

As with other caffeine pills, another drawback is that it takes a little while for Vivarin to kick in. The two of us who are sensitive to caffeine were feeling the effects of one pill after about half an hour.

The regular coffee drinker, however, barely felt anything at all with a single pill. He felt more of an effect on his second test, when he increased his dose to two pills. That time he noticed a mild energy boost after about an hour.

Vivarin Has a Bad Aftertaste

Another complaint all three of us had about Vivarin is that the pills had a bitter aftertaste. Each pill is fairly large, so you’ll likely need water or some other beverage to swallow it. But even if you take it as quickly as possible, you’ll still be tasting it for hours.

One of us described the taste as metallic, and another noted that she ate multiple times after taking it but was somehow still tasting the bitterness of the pill long afterwards.

The Packaging Is Wasteful

If you care about reducing unnecessary waste, you may want to go with a different caffeine pill. Each Vivarin is wrapped in its own individual pouch of aluminum foil which you’ll have to break to get the pill. These blister packs may protect the pills, but they’re more wasteful than a simple bottle.

How Vivarin Compares to Other Caffeine Supplements 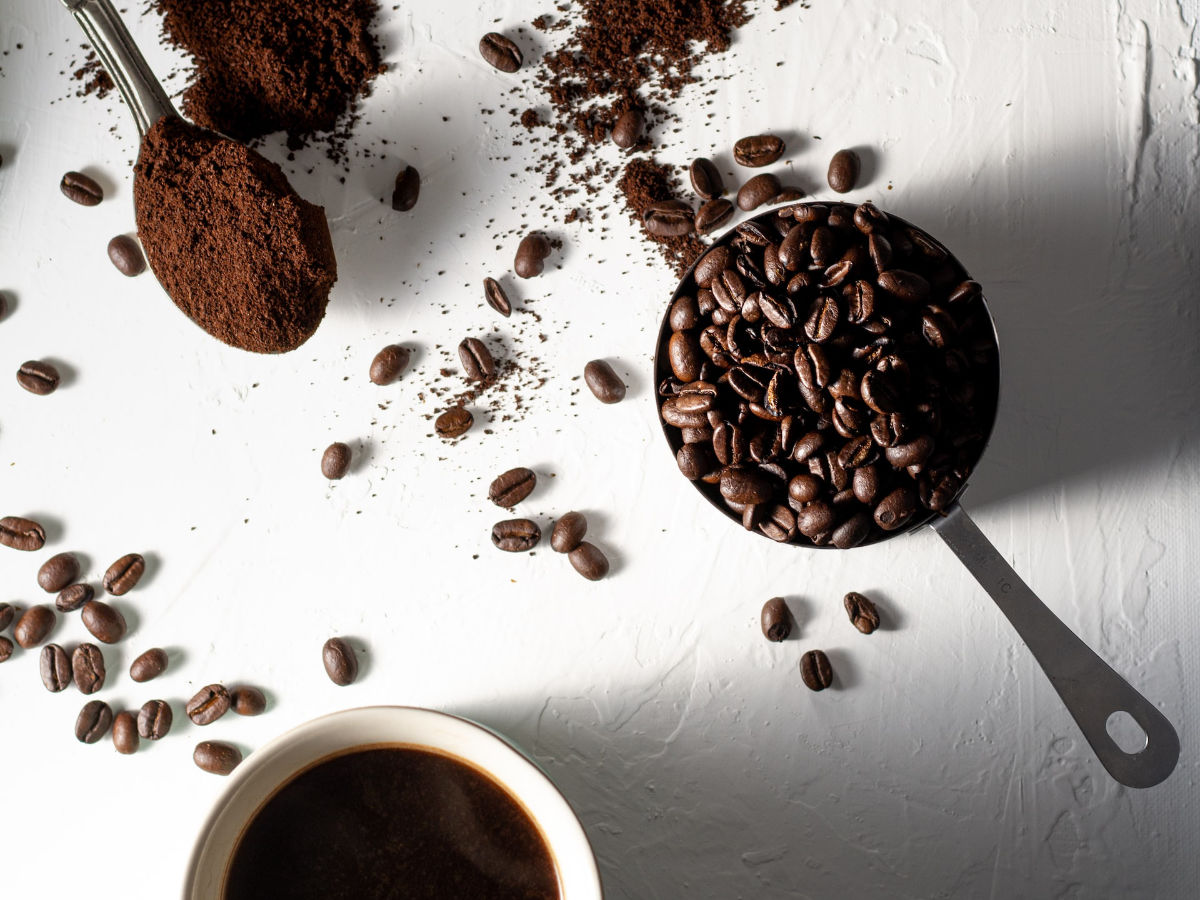 Overall, Vivarin had many of the same pros and cons as other caffeine pills. But how do caffeine pills compare to other types of caffeine supplements? Here, we’ll explain how a caffeine tablet like Vivarin might compare to caffeine gummies, caffeinated beverages, and caffeine vaporizers.

We’re putting caffeine pills and caffeine gummies in the same category, since they have many of the same effects. While pills and gummies are popular choices for their convenience, the fact is that they have the lowest bioavailability of any supplement. What’s more, they can take upwards of 30 minutes to kick in.

An article from Medicare Europe estimates that pills have an average of 39% to 53% bioavailability. No wonder we barely felt the effects of Vivarin — we probably absorbed much less caffeine than what’s actually in the pill! If you want a more fast-acting caffeine supplement with greater bioavailability, you’re better off choosing another type of supplement.

Compared to pills and gummies, liquids perform much better in terms of bioavailability and speed of absorption. The article from Medicare Europe estimates that liquid supplements have an average bioavailability of 98%, which might explain why a caffeinated beverage with substantially less caffeine might still be felt more strongly than a caffeine tablet like Vivarin.

Liquids are also absorbed more quickly by the body. Like pills, they need to pass through the gastrointestinal tract and be digested, but unlike pills, they don’t need to be broken down. You may be feeling the effects within a matter of minutes.

Caffeine Vapes May Have the Best Bioavailability and Work Super Fast

If you want a super fast-acting caffeine supplement with the best bioavailability, caffeine vapes are the way to go. While these are a relatively new product and scientific research has yet to catch up, plenty of anecdotal evidence suggests they work incredibly fast and are absorbed much more completely than pills, gummies, or liquids.

In fact, the vape liquid inside caffeine vaporizers contains only a tiny fraction of the caffeine of other supplements — but you’ll feel the effects just as much as you would a caffeinated beverage, and even more than a caffeine pill. And because inhaled substances bypass your digestive system altogether, the caffeine gets into your bloodstream almost right away via your lungs.

Despite the fast-acting nature of these supplements, those who try caffeine vaporizers are happy to report that they don’t experience jitters or a crash. They are really the best of both worlds. 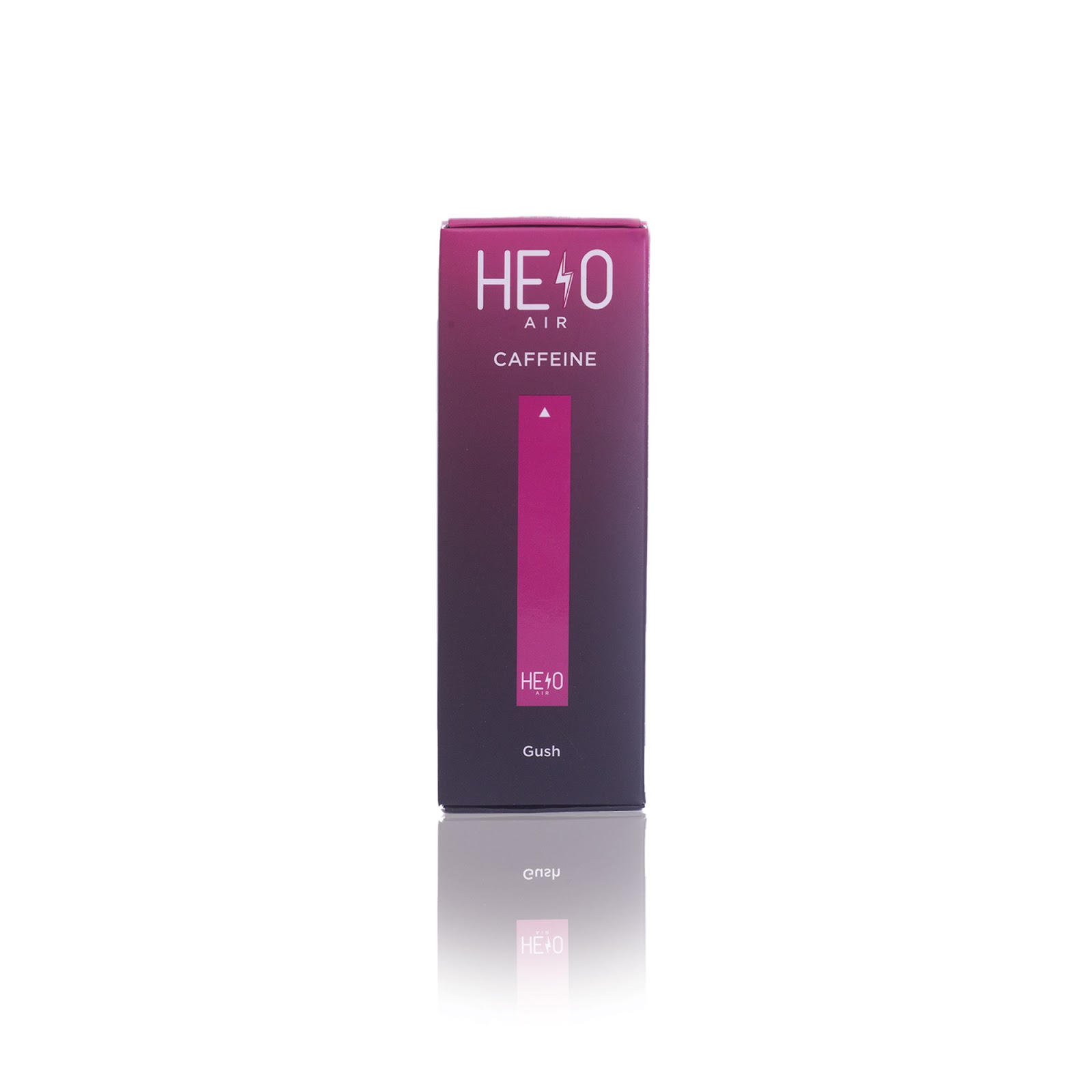 To summarize, Vivarin was long-lasting and provided a steady boost with no jitters or crash, but its effects were super weak. It also had a bad aftertaste, and its packaging wasn’t very eco-friendly. Additionally, it took a while to kick in.

If you’re looking for a caffeine supplement that kicks in as quickly as possible, look no further than HELO Air from MELO Labs. Our customers say they feel the effects within 10-15 minutes and that they only need two or three puffs to feel the effects (though a full serving is technically ten puffs).

It comes in 12 awesome flavors, 8 in the original size and 4 in the plus size (which has double the capacity of the original). All of our flavors are customer-approved, but the most popular flavor is Gush, which tastes like Starburst. Scroll to the bottom of the linked page for reviews, and you’ll see how much people love this flavor.

HELO Air Has Been Made to Be as Safe as Possible

If you’re concerned about safety, rest assured that our vaporizers are among the safest on the market. Unlike some of our competitors, we never include vitamin E acetate, propylene glycol, nicotine, or anything known to cause lung damage. In fact, our vaporizers have just three ingredients: caffeine, organic vegetable glycerin, and natural flavors. That’s it!

So, if you want the fastest-acting caffeine supplement on the market that’s safe, tasty, and highly-rated, try one or more HELO Air flavors today.